home ) Stories ) Pre-production manager Tjalle: ‘The best thing is celebrating our successes together’

We are looking for you!

Does this look like a fun and challenging environment to you? Have a look at our vacancies to see if there is anything for you.

Pre-production manager Tjalle: ‘The best thing is celebrating our successes together’

When he played football, he would sometimes see Gpi convoys passing by on the road nearby, so when Tjalle van Kats was looking for an internship for his Logistics Management course two years ago, he was in fact already acquainted with the company. He enquired with an acquaintance who worked at Gpi and soon afterwards was working as an intern in the transport department. He hasn’t left the company since.

After his initial internship, Tjalle continued to work at Gpi as a holiday replacement and later during a subsequent internship, before being offered a permanent job as a work planner in the office. Since 1 April he has been working in his new capacity as pre-production manager.

Tjalle decided to take a degree course in Logistics Management. It was a wide-ranging study programme, but his interests soon began to focus on production. He quickly saw a match with Gpi: ‘At Gpi, production plays a big role,’ he explains. ‘Not only that, products are client-specific. Every tank is built to size, every product is different.’

Tjalle started out as a trainee in the office that looks after transport and which also supports and manages production. A second internship soon followed in the production department, where he studied ways of making improvements to the production facilities and the possibility of buying a new laser cutting machine. Likewise, during his second internship, Lean meetings were held to improve production processes within the company. ‘These Lean sessions,’ he recalls, ‘appeared to show that more efficient production could be achieved through a team of work planners. I was asked if I would like to stay on with Gpi in this capacity. Of, course, I was delighted to do this and grabbed the chance with open arms.’ 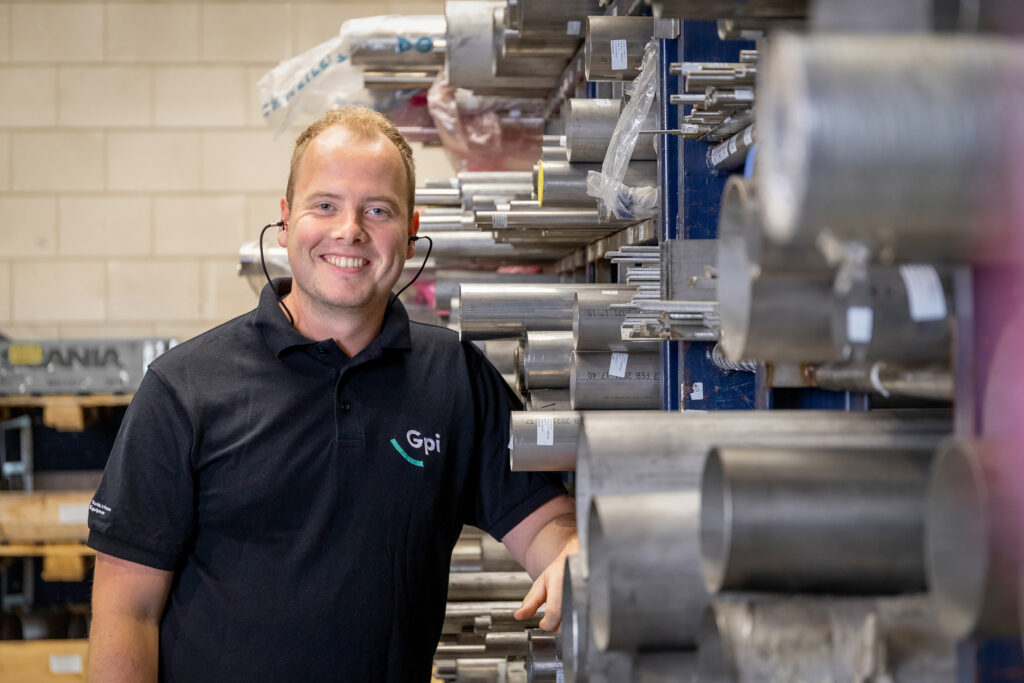 The engineering department designs tanks right down to the very last detail. Once the client has approved the design, the work planner can go about his work. The work planners divide the tanks into parts, provide the production department with drawings, and look at which materials need to be bought in or pre-fabricated. The aim is to get the tanks through the production process as efficiently as possible.

Tjalle spends most of his time in the office, but can be regularly found on the workfloor ironing out any problems. ‘We now have four work planners optimising the production planning. It’s a job which requires a great deal of interaction with colleagues, one of the nicest aspects of my work. The age difference between us is small and many colleagues live close by, so there’s a good rapport. I like days when we come up against a challenge which requires input from many different sides which we all solve together. The best thing is when you can celebrate your successes together,’ he enthuses.

A new laser cutting machine has since been purchased and is now up and running in pre-production. Tjalle describes the benefits of this new piece of equipment: ‘The new cutter works a lot faster and is also able to cut larger sections of 4 by 2 metres, instead of just 3 by 1.5 metres. Not only can we cut larger sections, it means less welding and grinding. The old machine required a lot of manual assistance, but now cutting is more automated thanks to the machines additional functionalities: instead of just 2 sections, we can now cut dozens in quick succession without the need for any human interference. It saves time and the capacity of the laser cutting machine can be deployed more effectively. It’s fantastic to see how this new machine has been successfully implemented.’ 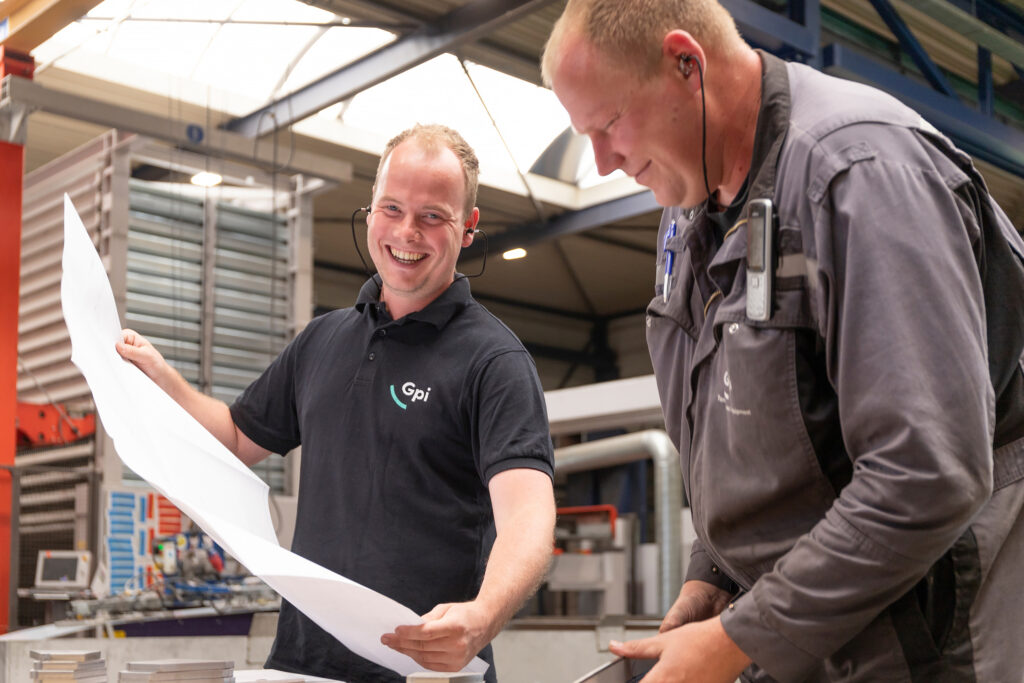 In his new position as pre-production manager, Tjalle will be working even more intensively with the production department and will be moving from head office to the to the pre-production unit, where the final preparations are put in place before production takes place. Tjalle describes his new job: ‘Even during my internship we discussed where my interests lay and it soon became clear that a new position in pre-production would be beneficial. My first thoughts were that Gpi really does listen to what you say, leaving you to focus on what you enjoy doing most and develop accordingly. My job means I’m the main contact for pre-production customers and I manage the unit together with the pre-production supervisors. My focus will also be on the improvement programme. My ultimate aim is bring about customer satisfaction by fulfilling increased expectations.’

Want to join our team? 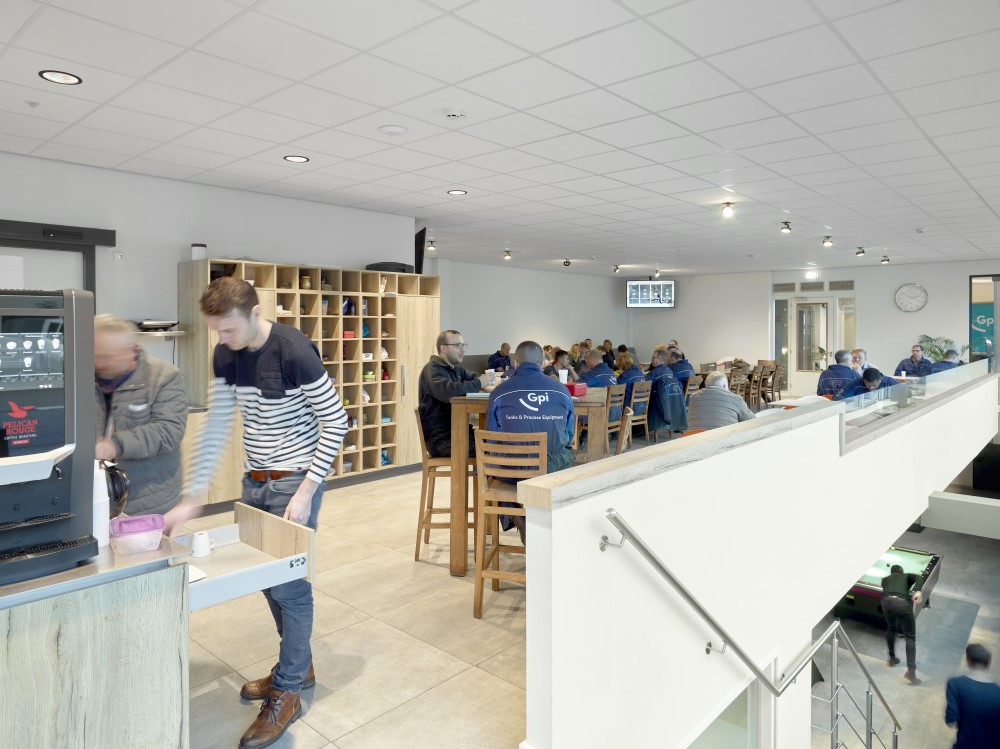 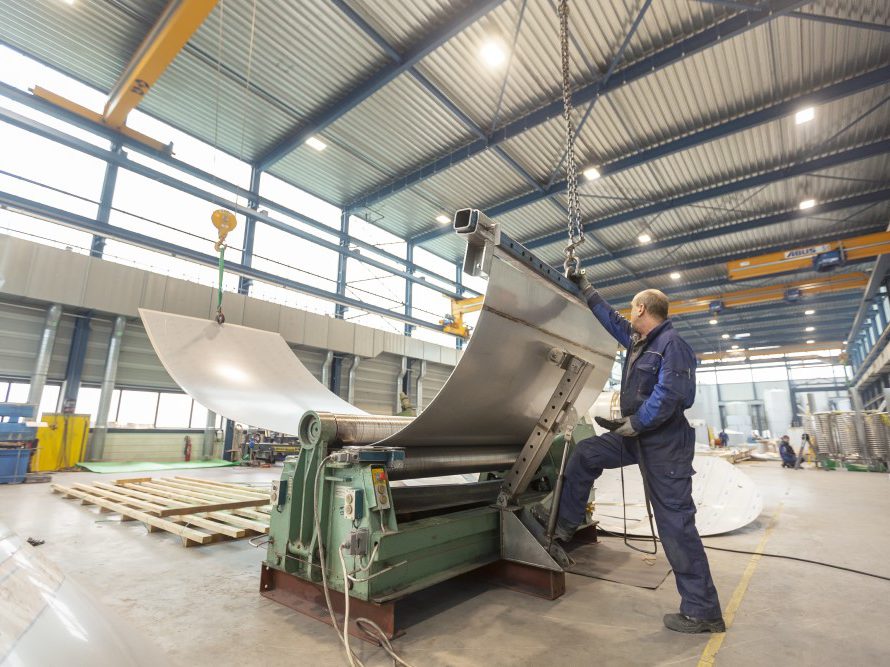